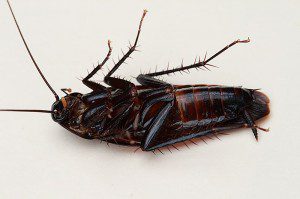 Reported in Florida as early as 100 years ago, this roach has become a major pest in many parts of the United States.  It is most prevalent in the moist regions, Gulf Coast states and Southern and Eastern portions of Mississippi.  Due to its large size and the speed at which it moves, this is not one of the most popular visitors in any home. This pest is most likely found in areas which are protected, moist, dark, relatively warm and free from the desiccating effects of air flow.